Juárez and Toluca will go head to head at Estadio Olímpico Benito Juárez in the 6th round of the Liga MX.

FC Juarez suffered a 0-1 loss in last home game against 10-men Tigres UANL, which has been their straight 2nd loss in last 3 winless rounds. Their home forms are also bad, since they failed to win any of their last 10 home games in this competition. 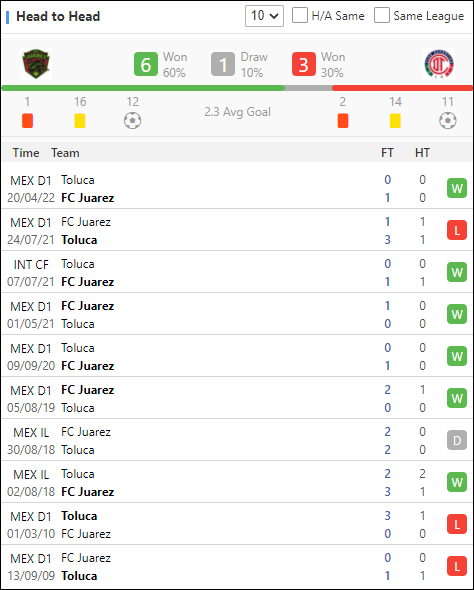 Toluca is currently ranking 2nd in the standing, and they have picked up 4 wins and 1 loss after 5 rounds, with scoring 1.8 goals in average. Also, they have introduced 9 new members during the summer, which will enhance their overall strength.

FC Juarez took upper hand in past 10 meetings with Toluca, but their home forms are not good enough, so I think Toluca would win the Handicap.