U. La Calera and Palestino will meet at Estadio Municipal Nicolás Chahuán Nazar in the 20th round of the Primera División.

Union La Calera’s consecutive 6 games without a win have been ended since they beat Everton CD with 1-0 in last round. But the team’s overall attack ranks in the bottom with only 14 league goals. Now they ranked 13th with 18 points on League table. 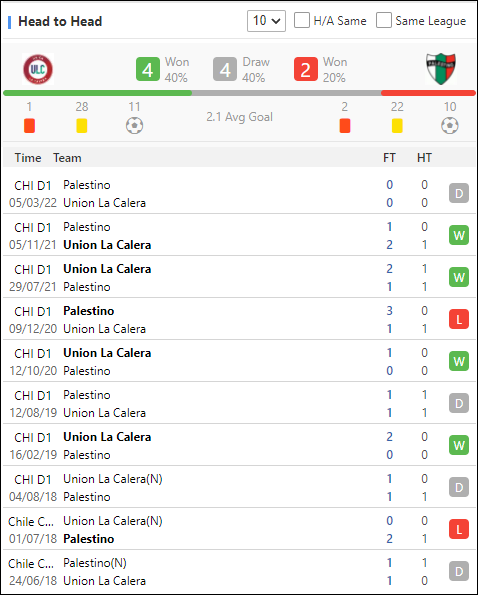 Palestino is currently inside the top 4 of the table with 32 points and is on a 4-game winning streak in the league. Last weekend, they claimed a last-minute 1-0 away win at Universidad Catolica. Palestino has a decent away record with 2 victories, 2 defeats and 6 ties in the league.

Palestino will win this game based on their excellent form as well as Union La Calera’s lousy offense.