At the King Power Stadium, Liverpool and Manchester City will face off in the annual English football curtain-raiser on Saturday in an effort to win the Community Shield.

Liverpool won both domestic championships last season. In addition to winning the Community Shield outright 10 times, they have also shared the trophy five times but haven't claimed that specific trophy since 2006. The Reds have had 2W-2L so far in preseason - losing 1-0 to Red Bull Salzburg in Austria last time out. 24 hours after the Community Shield, Strasbourg will also play at Anfield. 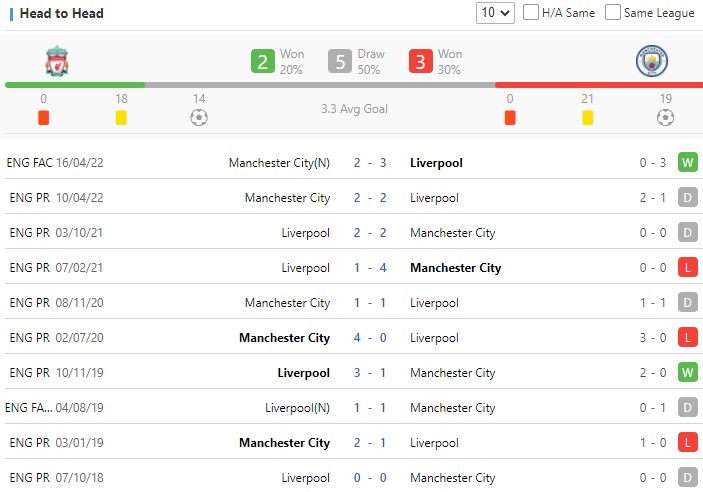 Manchester City once again finished first in the Premier League last season. They defeat Bayern Munich 1-0 thanks to a goal from Haaland, who scored his first for the sky blue team. In fact, Leicester stopped Man City from winning the Community Shield last year, which would have been the Sky Blues' sixth straight victory in the special game. However, they now have lost more Community Shield games than they have won.

We get the impression that the German coach views the Super Cup as another test game given the preseason training regimen that was established. And we favour Manchester in the forthcoming game because they are more concerned about the outcome.