Huachipato and Unión Española will meet at Estadio CAP in the 20th round of the Chile Primera Division.

Huachipato suffered a 0-1 away loss in last round against Colo Colo, which has been their 4th match without a win recently. Now they have dropped into 9th position with 25 points only. With poor offenses, they had only 20 goals totally since the League. Despite the ups and downs, Huachipato’s record at home is pretty good, with 5 wins, 3 losses and a draw in the league. 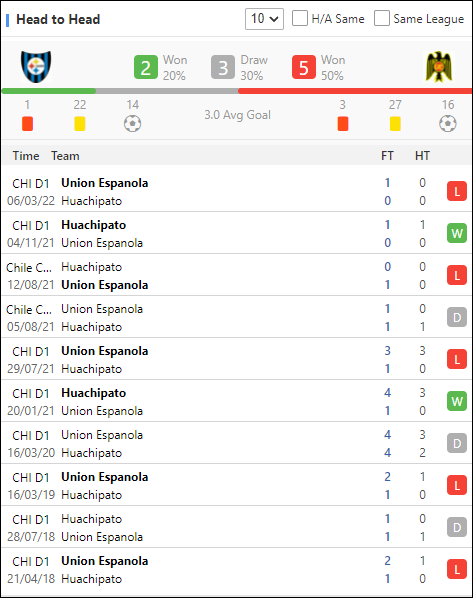 Union Espanola have suffered 3 consecutive losses after that they lost to Curico Unido with 1-3 in last home game. They are currently ranking 6th with 29 points. Their offensive side has scored 24 goals in total, well above league average. Their away result includes 4 wins, 4 losses and 1 draw on League.

Huachipato will take advantage of good home run as well as Union Espanola’s poor form to win this game.