Gamba Osaka will welcome Kyoto Sanga in the 23th round of J1 League.

Gamba Osaka had picked up 5 wins, 6 draws and 11 losses after 22 rounds, being at the edge of relegation zone. But their recent forms are unsteady. After losing to PSG in last Friendly matches, they have suffered 5 losses in a row across all competitions. 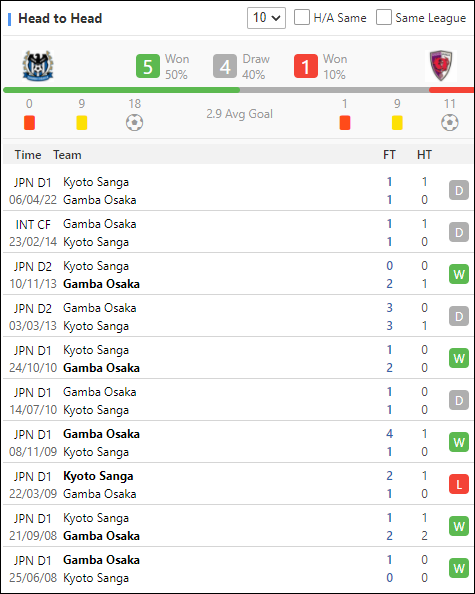 Kyoto Sanga is one of the newly promoted teams in this season. After 22 rounds, they are sitting in the 11 position with 6W-7D-9L. They did not perform well away from home, since they only won 2 out of 12 away games since the League.

Gamba Osaka remained unbeatable in last 3 meetings against Kyoto Sanga and won 1, but they are not in good run recently, while Kyoto Sanga didn’t play well on the road. So I think this will be an open game without many goals.