The 23rd round of J1 League will see Cerezo Osaka versus Avispa Fukuoka on Saturday.

Cerezo Osaka had only lost 5 of their past 22 rounds, and won 9. They are currently climbing into 5th position on League table, 2 points behind of Top 3. But their home win rate is only 36%. They only drew Yokohama Marinos with 2-2 in last home game, and they could not keep clean sheet in consecutive 3 home games. 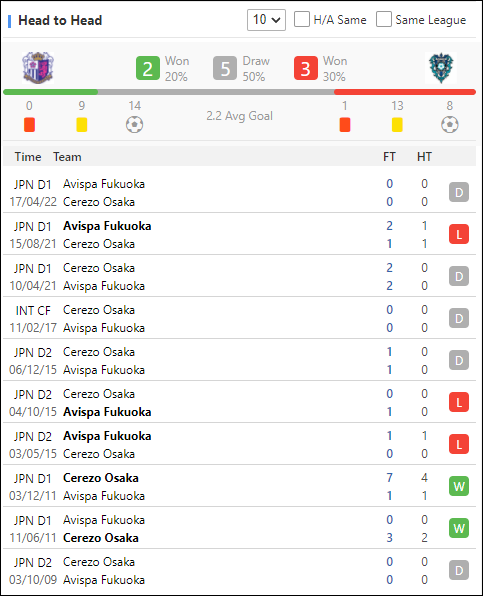 Avispa Fukuoka is currently in the middle of the League table. After 22 rounds, they had achieved 6 wins, 9 draws and 7 losses. With scoring 17 goals totally, their key problem is the poor attack. Fortunately, their defensive sides performed well for they had only conceded 18 goals in total, with keeping clean sheet in consecutive 4 matches.

Cerezo Osaka failed to win any of their 6 meetings with Avispa Fukuoka and even suffered 3 losses. Both sides are in unbeaten run, but the live odd is not good for the host, so I will support Avispa Fukuoka in this round.