Jubilo Iwata has only won 4 rounds since this season, but their loss rate reaches 50%. Also, they have suffered consecutive 4 losses on League, without scoring any single goal. They were also eliminated by Tokyo Verdy from Japan Emperor's Cup, being in poor state. 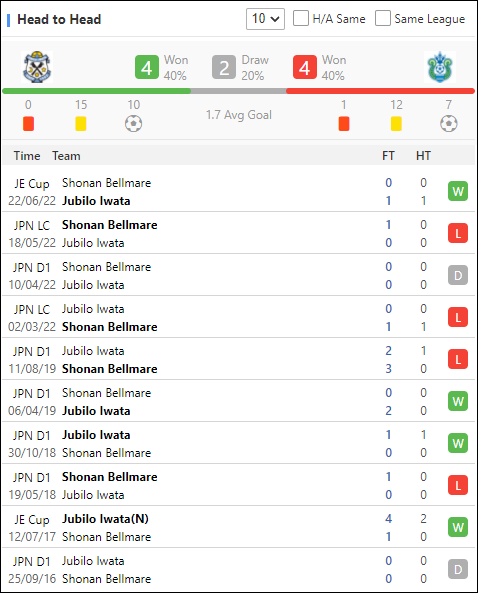 Shonan Bellmare kept unbeaten in 6 consecutive rounds, with 3 wins and 3 draws, also, they had only conceded 1 goal totally, being in stable defenses. But their offensive sides are mediocre, as they only scored 3 goals totally in last 5 rounds.