The Phoenix Mercury defeated the Seattle Storm 94-78 in the last game. The Mercury managed to grab 34 rebounds overall throughout the game, including 27 defensive and 7 offensive. Skylar Diggins-Smith pitched in the contest for having a field goal percentage of 63.2 percent in this game after making 12 out of 19 attempts, and she pulled down 6 rebounds. 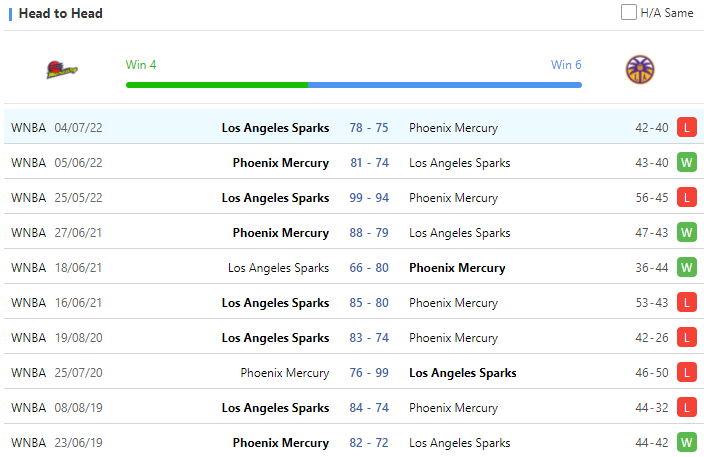 The Los Angeles Sparks played the Las Vegas Aces and came away with a 84-66 defeat last time out. Los Angeles won the game with a 40.7 percent field goal percentage (24 of 59) and two out of twelve three-point attempts. Jordin Canada finished with 11 points on 4 of her 9 attempts. She played for 38 minutes while grabbing 7 boards.

Since Phoenix are averaging 83.1 points per game as a team, I anticipate Phoenix to win this contest at home due to Los Angeles' recent poor play.