On Thursday at College Park Center, the Dallas Wings (12-15) will compete against the Washington Mystics (17-11).

The Dallas Wings defeated the Indiana Fever 96-86 in their most recent match. They were able to grab 30 total boards—21 defensive and 9 offensive. In this contest, they also committed 14 turnovers and had 8 steals. In this game, Arike Ogunbowale made 9 of 18 field goals for a field goal percentage of 50.0 percent while also grabbing 4 rebounds. 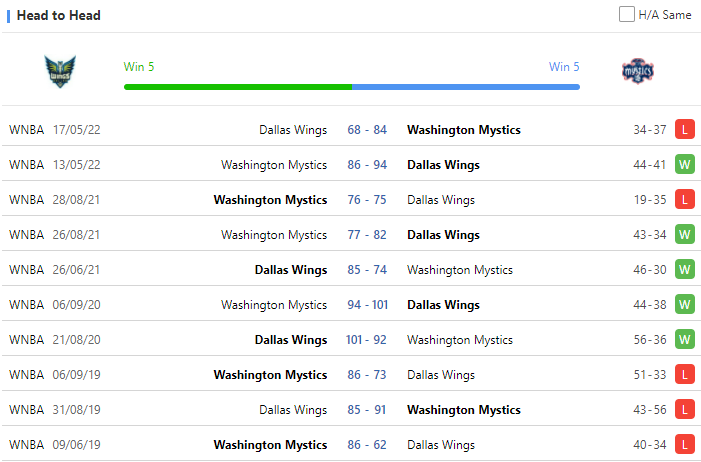 In their last game, the Washington Mystics played the New York Liberty and won 78-69 to take the victory home. Washington finished the contest with a final field goal percentage of 43.9 percent (29 of 66), making 5 of their 21 three-point attempts. Elena Delle Donne made 8 of her 14 shots for a total of 25 points. She contributed 31 minutes while grabbing 3 rebounds.

Given their superiority, the Mystics should have little trouble defeating the faltering Wings. I believe the Mystics defence will cause problems for the Wings offence, enabling them to win and cover the spread.