The Connecticut Sun defeated the Minnesota Lynx 86-79 in the last game. For a total of 40 rebounds in this game, the Sun were able to get 27 defensive rebounds and 13 offensive rebounds. They turned the ball over 18 times despite recording 10 thefts during the game. Natisha Hiedeman finished the game without a rebound but hit 6 of 10 field goals for a field goal percentage of 60.0 percent. 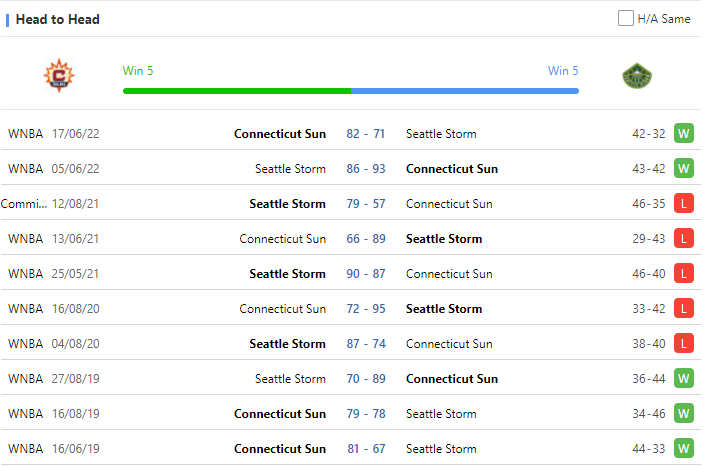 In their most recent match, the Seattle Storm faced up against the Atlanta Dream and triumphed 82-72. Seattle finished the game with a 42.9 percent field goal percentage (27 of 63) and nine made three-pointers out of a possible thirty. Tina Charles scored 27 points on 9 of 13 attempts. She played for 33 minutes while also snatching 15 rebounds.

These are two of the WNBA's top teams, but Connecticut have been on fire lately and will keep it up against the other team on Thursday. Expect Connecticut to dominate this game at home against a strong Seattle club, extending their winning run. Thursday at home, take Connecticut to win and cover.