The Atlanta Dream lost 82-72 to the Seattle Storm in their last match. They collected 45 rebounds overall in this game, including 28 on defence and 17 on offence. They committed 10 turnovers while only getting 5 steals during the contest. Tiffany Hayes had 3 rebounds and made 4 of 7 field goals in this game, good for a 57.1 percent clip. 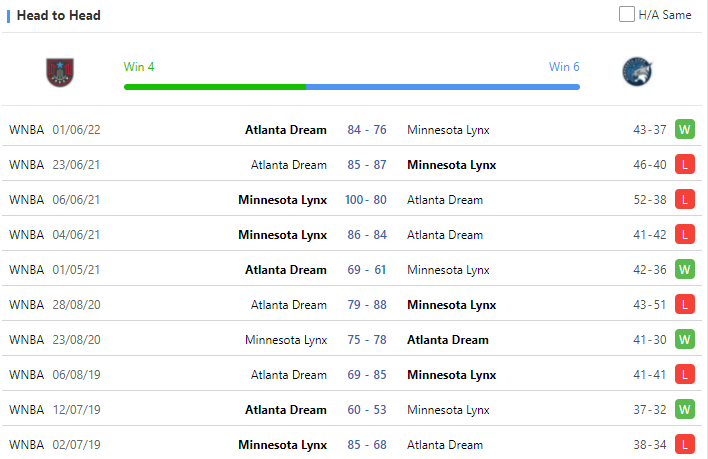 The Minnesota Lynx played the Connecticut Sun and fell short 86-79 last time out. Minnesota made 6 of their 13 3-point attempts, finishing the game with a 42.9 percent field goal percentage (30 of 70). Natalie Achonwa made 3 of her 5 shots for 8 points. She played 21 minutes on the court and grabbed 7 rebounds.

Both teams are having trouble heading into Thursday, but the Dream will be better off. Atlanta will rely on their home crowd and boast a stronger overall team. Take Atlanta on Thursday night to perform well enough at home to defeat the Minnesota Lynx and snap their losing run.