On Friday, FC Midtjylland travels to Nature Energy Park for the Superliga match against the host team Odense BK.

Odense BK enter this match on the heels of a 2-2 Superliga draw with Randers. In previous games, Odense BK's ability to hold out for the entire 90 minutes had been all but unheard of. Their defence has been broken in 5 of their past 6 games, costing them 8 goals. 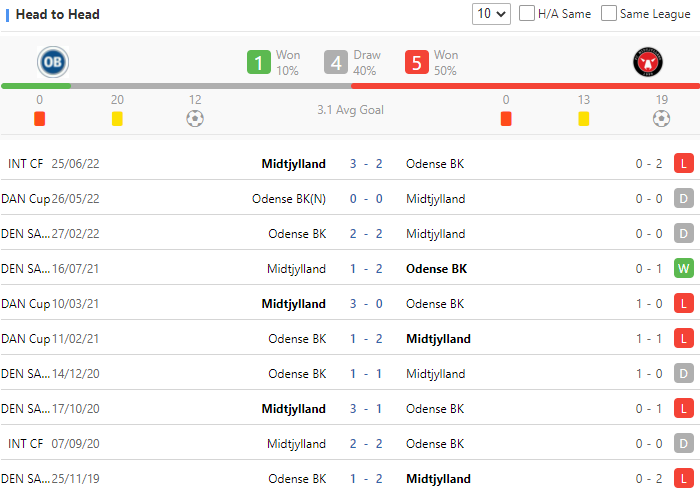 Midtjylland and AEK Larnaca tied 1-1 in a UCL Qualifying match last time out. Prior to this match, FC Midtjylland had a strong offensive performance, scoring 7 goals in their previous 6 games. They have also struggled defensively, giving up goals in 5 of those same games. In their previous four league away games, Midtjylland haven't suffered a loss.

Football Denmark Superligaen Midtjylland Odense BK
(Disclaimer：Any views or opinions presented are solely those of the author and do not necessarily represent those of NowGoal. We disclaim any responsibility and accepts no liability for any direct or indirect loss or damage arising from any inaccuracies.)