Cardiff City will host the visiting Norwich City at Cardiff City Stadium in the Championship tie on Saturday.

Cardiff City have really struggled up front in more recent games. Their ‘goals for’ figure equals just 3 vs opposition teams during their last six outings. In those games, Cardiff City have also seen the tally of goals scored against them come to 7. Let’s see if that trend can be sustained here. 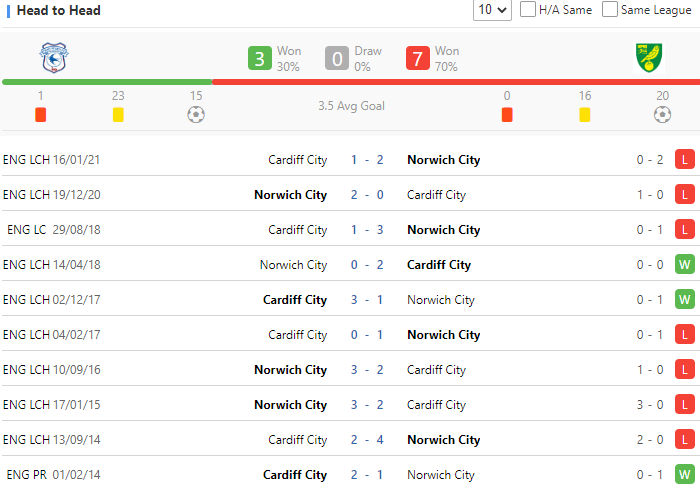 The trend of at least one team not scoring a goal in games involving Norwich City has been fairly consistent in recent matches. Examining their last 6 games shows that this has occurred 5 times. In these clashes, opposing sides have managed a goal aggregate of 18 while Norwich City have scored 1.

Cardiff have performed well in recent friendlies match, but Norwich's strength is better. The 1x2 first odds is 3.10-3.50-2.20, which means support the away team. Norwich City should win this game.

Football England Championship Norwich City Cardiff City
(Disclaimer：Any views or opinions presented are solely those of the author and do not necessarily represent those of NowGoal. We disclaim any responsibility and accepts no liability for any direct or indirect loss or damage arising from any inaccuracies.)