QPR will be visiting Ewood Park on Saturday for the Championship tie with home team Blackburn Rovers. 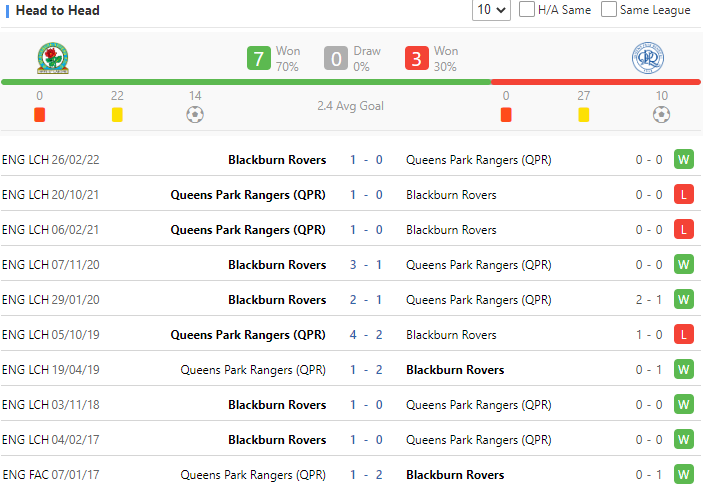 QPR go into this meeting after a 0-1 Championship win over Swansea City in their most recent match. During their 6 previous matches, Michael Beale's Queens Park Rangers have found the back of the net a total of 6 times thus giving them the goals per game average of 1.

Blackburn finished above 50% winning rate at home last season and they are confident of winning this game. The 1x2 first odds is 2.05-3.60-3.40, which means support the home team. Blackburn Rovers should win this game.

Football England Championship Queens Park Rangers (QPR) Blackburn Rovers
(Disclaimer：Any views or opinions presented are solely those of the author and do not necessarily represent those of NowGoal. We disclaim any responsibility and accepts no liability for any direct or indirect loss or damage arising from any inaccuracies.)