Orlando City will play against the New York Red Bulls in the next Open Cup match on Wednesday.

Orlando City lost to Philadelphia Union 0-1 in their previous MLS match. In 5 of the last 6 matches Orlando City participated in, there were fewer than three goals scored each game. The rival teams scored a total of nine goals during this time span, compared to Orlando City's seven. 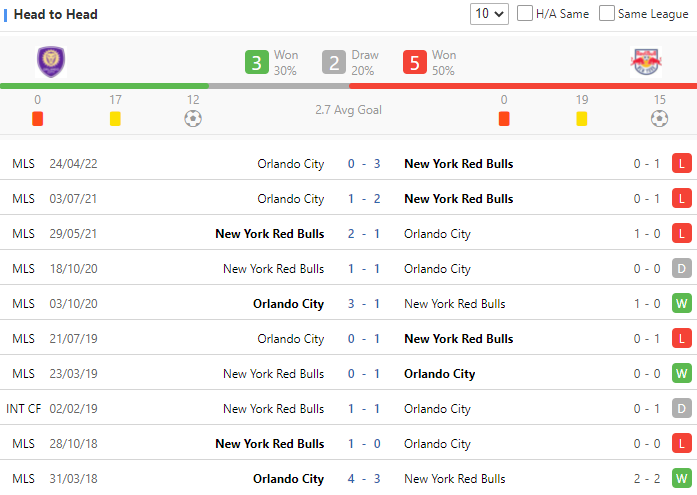 The Red Bulls enter the match with a 3-4 MLS victory over Austin FC last time out. They have allowed opponents to score in 5 of their previous 6 games, resulting in an overall goal differential of 8. Red Bulls' weaknesses in the back have been made clear.

The Red Bulls will do better in this matchup. They are clearly in a stronger position than the home team, which have gone four games without a loss. In four straight head-to-head contests, Orlando City have failed to defeat the New York Red Bulls.

Paul James 636 Article
Paul James is a soccer Expert, with his high accuracy predictions, he is often called as the Magic Man. He hopes to make the right picks for people with his knowledge. Believe it or not, it is always helpful to follow him.
See More Article