Queretaro FC were defeated by Monterrey with 0-3 in last home game, and after that, they failed to win any of their last 4 rounds and suffered 3 losses. With poor defenses, they conceded 7 goals totally in these 4 matches. 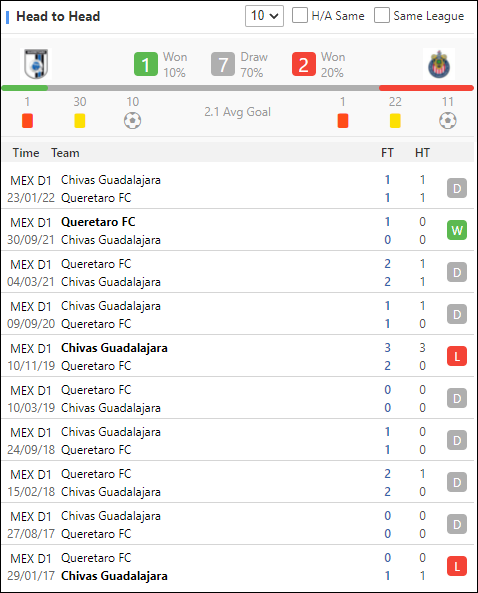 Chivas Guadalajara enters into this clash from a 0-0 home draw with Club Leon in their latest League fixture. After that, they have also been defeated by Juventus with 0-2 in last Friendly match. They haven’t got a win in last 5 matches across all competitions.

Queretaro has a record of 1 win, 1 loss, and 3 draws in their last five meetings against Guadalajara. Both sides are not in good forms recently, I predict Queretaro FC would win the Handicap.