The Liga MX (Apertura) meeting at Estadio León on Wednesday will see home side León up against opponents in Toluca.

It’s been seldom in recent times where León have kept a clean sheet. In fact, León have been scored against in 5 of their previous 6 matches, letting in 10 goals in the process. Nonetheless, we will just have to wait and see if that trend might persist in this upcoming game or not. 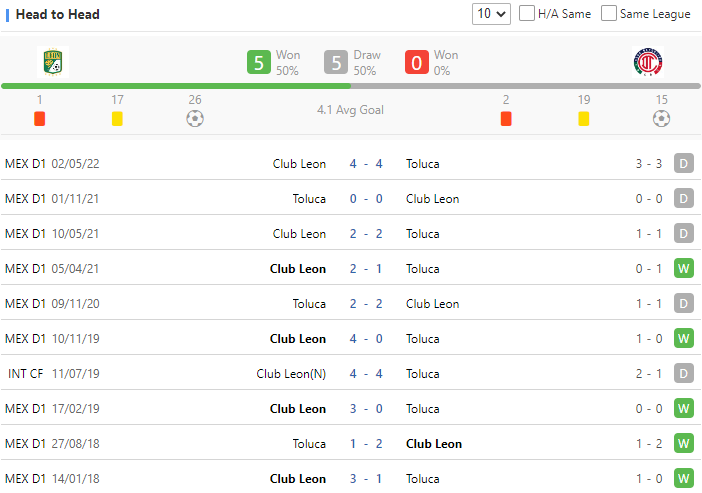 Toluca have had no problems opening up opposition defences of late, scoring 14 goals in their previous 6 matches. This doesn’t mask the fact that Toluca have been somewhat leaky at the back, having also been scored against in 6 of those same matches.

When taking all factors into account, Toluca are dangerous enough to find the back of the net against this León team, although that may not quite be as many as they will have scored against them. We’re tipping a very close game with a 2-1 winning margin for León after the 90. Should be a good one.