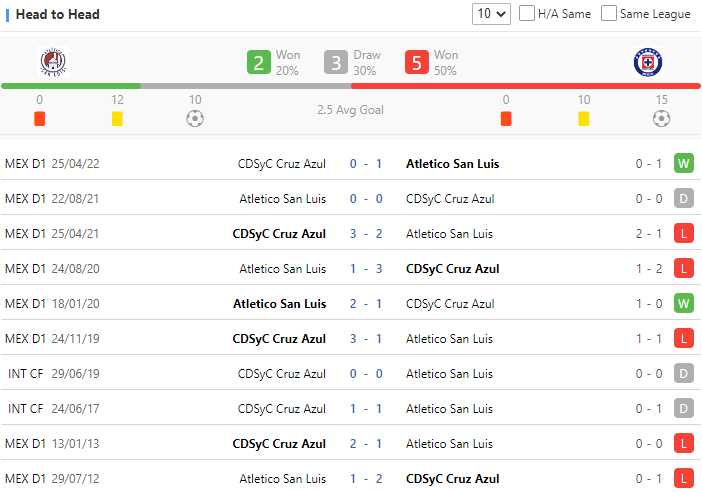 Last time out, Cruz Azul drew 2-2 in the Liga MX (Apertura) match with Puebla. The stats tell the story, and Cruz Azul have been scored against in 5 of their last 6 matches, letting opponents get 10 goals in all. Defensively, Cruz Azul certainly have room for improvement.

We believe that Cruz Azul and Atlético San Luis may well both score, with little between these two teams. We’ll see, but this looks like it could end up all-square. We’re therefore tipping a very close game with a score draw at the end of the 90.