The 2nd leg of UEFA Champions League second round between Malmo and Vilnius will kick off at Malmo Stadion on Wednesday.

They play two days a week of intense games due to their busy schedule. They come into second round by a narrow victory over Vikingur Reykjavik in first round. In the 1st leg of second round, they lost to Vilnius 1-0.

Instead, there is not match schedule for them in July so they concentrate on the League. They enter second round by penalty with a bit of luck. In their last clash against Malmo, they have up to a 42% possession percentage, which shows their competitiveness. 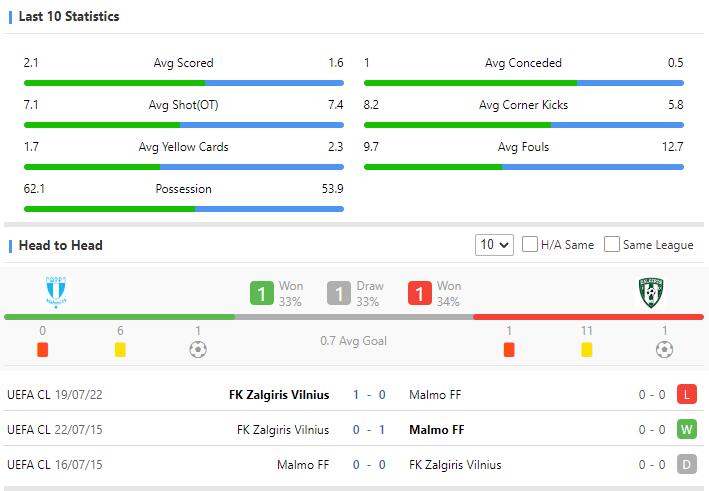 Malmo are not in good condition as they play many high-intensive games in July. Instead, Vilnius have made great preparation for the upcoming game. It is believed that FK Zalgiris Vilnius will get a narrow away win in the coming fixture.

Football UEFA Champions League FK Zalgiris Vilnius Malmo FF
(Disclaimer：Any views or opinions presented are solely those of the author and do not necessarily represent those of NowGoal. We disclaim any responsibility and accepts no liability for any direct or indirect loss or damage arising from any inaccuracies.)

Lnn 334 Article
Hi. I am Lnn. My passion for football started when I watched a football game by chance. That made me a fan of The Red Devil. I am happy to write the things what I am interested in.
See More Article