Sukru Saracoglu Stadium will witness the 2nd leg between Fenerbahce and Dynamo Kyiv of UEFA Champions League second round on Thursday.

They have 35 championships under their belt since 1907, making them without a doubt the best team in Turkey. They are in good condition, which have been unbeaten for twenty matches.

The war causes an interruption in their national League games. Thus they play friendly games to maintain their condition. They have scored 12 goals in eight friendly matches allowing eight goals. 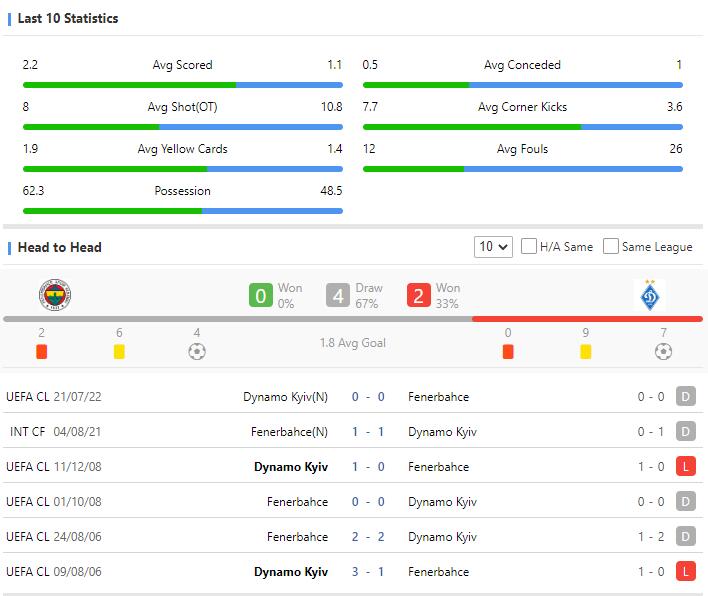 The condition of Fenerbahce is better than that of Dynamo Kiev. Fenerbahce also has the benefit of playing at home. Thus, it seems likely that Fenerbahce will prevail in the next game.

Football UEFA Champions League Dynamo Kyiv Fenerbahce
(Disclaimer：Any views or opinions presented are solely those of the author and do not necessarily represent those of NowGoal. We disclaim any responsibility and accepts no liability for any direct or indirect loss or damage arising from any inaccuracies.)

Lnn 334 Article
Hi. I am Lnn. My passion for football started when I watched a football game by chance. That made me a fan of The Red Devil. I am happy to write the things what I am interested in.
See More Article