FC Juárez will be taking on visiting side Tigres at Estadio Olímpico Benito Juárez in this Liga MX (Apertura) game on Wednesday.

FC Juárez have struggled with their forward play in recent times. Their goals record stands at just 3 versus opposition teams during their last six fixtures. In those meetings, FC Juárez have also seen the tally of goals that have gone against them total 8. 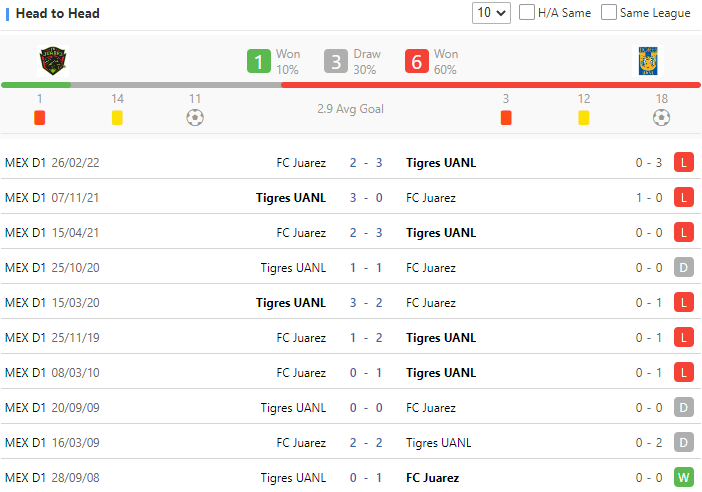 Tigres will go into this encounter after a 2-0 Liga MX (Apertura) win vs Atlas in their most recent outing. Miguel Herrera's Tigres de la UANL have converted a total of 10 times throughout their previous 6 matches. The number of goals that have been scored against them during those same clashes equals 8.