Monterrey will be hosting visiting club Puebla at Estadio BBVA in the Liga MX (Apertura) fixture on Wednesday.

Matches involving Monterrey have usually been engaging encounters lately with a lot of goalmouth action expected. Over their past 6 games, the sum total of 22 goals have been recorded for both sides combined (at an average of 3.67 goals per game) with 14 of them accredited to Monterrey. 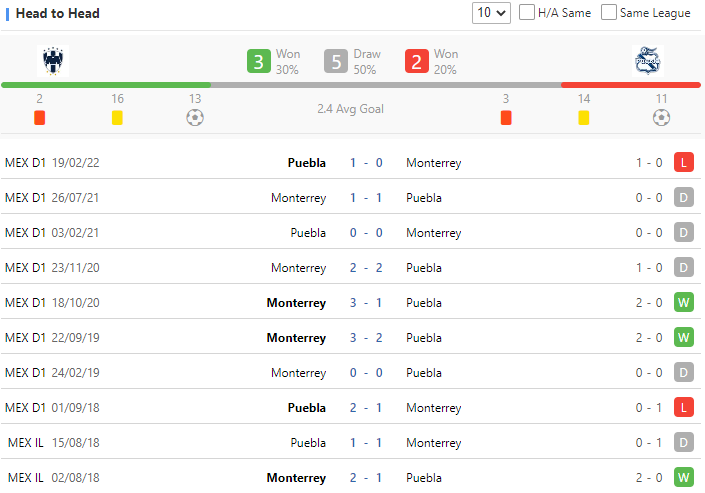 The stats tell the story, and Puebla have been scored against in 5 of their last 6 games, conceding 9 goals in total. In defence, Puebla have clearly had some problems. We will just have to see whether or not that trend will end up being continued on into this next match.

Monterrey have won 3 in a row and they have better strength. The 1x2 first odds is 1.85-3.50-3.75, which means support the home team. Monterrey should win this game.