Atlas come up against visiting opponents Club Tijuana at Estadio Jalisco in the Liga MX (Apertura) tie on Wednesday.

Atlas will be hoping to return to winning ways here after the 2-0 Liga MX (Apertura) loss in their previous game against Tigres de la UANL. Diego Cocca's Atlas have scored a sum total of 8 times in their past 6 outings. The corresponding number of goals that have been scored against them in those fixtures is 9. 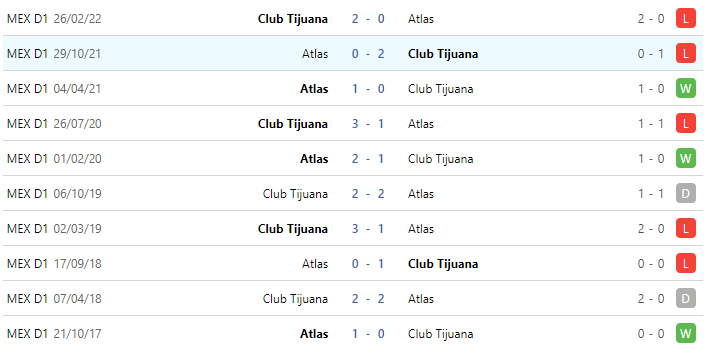 For 5 of the previous six games featuring Club Tijuana, a notably low volume of goals have been scored between them and their opposition. The overall average number of goals per game during that spell works out to a mere 2.17, with the average goals for Xoloitzcuintles being 0.83.