Inter Turku and Honka Espoo will play for Finland Veikkausliga round 15 at Veritas Stadion on Monday.

They finished third the previous year. However, they do not advance this year and struggle to make the championship playoff. They have lost their last two games, which puts them in a bad situation.

Instead, they are sitting in the third place at the table of the League. They return to the winning way by a 5-0 victory over Lahti in the last game thanks to Agon Sadiku, Jerry Voutilainen and Rui Modesto. 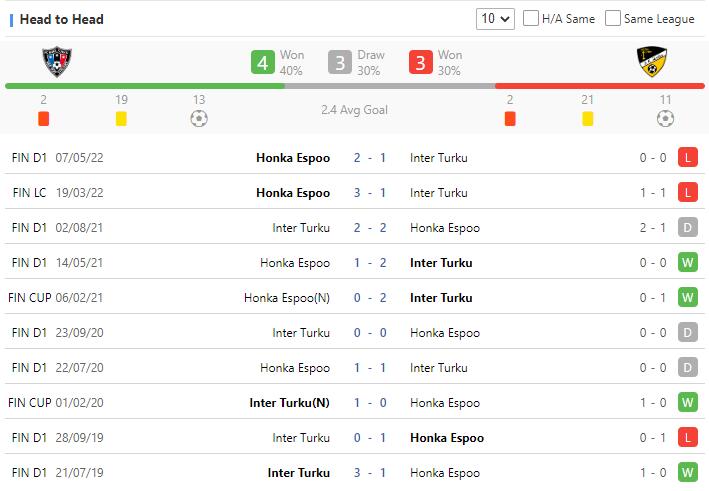 Honka Espoo got a winning streak from Inter Turku in the past head to head clashes, which makes them have the psychological advantage. What’s more, Inter Turku are in a poor state while Honka Espoo are in form. So Honka Espoo tend to win in the upcoming match

Football Finland Veikkausliga Honka Espoo Inter Turku
(Disclaimer：Any views or opinions presented are solely those of the author and do not necessarily represent those of NowGoal. We disclaim any responsibility and accepts no liability for any direct or indirect loss or damage arising from any inaccuracies.)