Seattle Storm lost 94-78 to Phoenix Mercury last time out. They managed to get 39 rebounds overall by collecting 22 defensive rebounds and 17 offensive rebounds. Additionally, they turned the ball over 10 times despite pulling off 7 thefts in this game. Breanna Stewart had a field goal percentage of 47.6 percent in this game, making 10 of 21 shots, while also grabbing 14 rebounds. 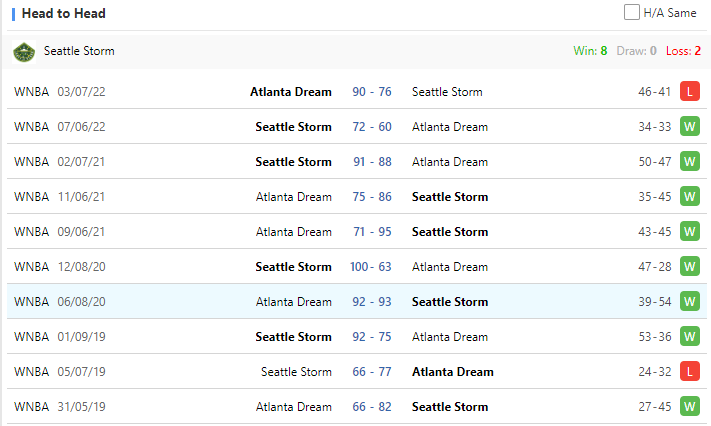 Atlanta Dream played the Los Angeles Sparks and fell short 85-78 last time out. Atlanta finished the game with a field goal percentage of 45.5 percent (30 of 66) and nine made 3-pointers out of a possible 23 attempts. Aari McDonald scored 18 points on 7 of 9 attempts. She had 18 minutes of court time and also nabbed two boards.

IStorm are the superior team. The Storm average 3 more points on offensively and 4 less points in defence. This results in a 7 point advantage for the Storms. Having the home court advantage and a Dream team that performs poorly away from home.