The Indiana Fever lost to the Las Vegas Aces by a score of 90-77 the previous time they played on the floor. In this game, the Fever secured 33 total rebounds—26 on defence and 7 on offence. They committed 17 turnovers while compiling 10 steals during the game. For the battle, NaLyssa Smith was crucial for the Fever. In this game, she hit 9 of 15 shots, or 60.0 percent, and pulled down 5 rebounds. 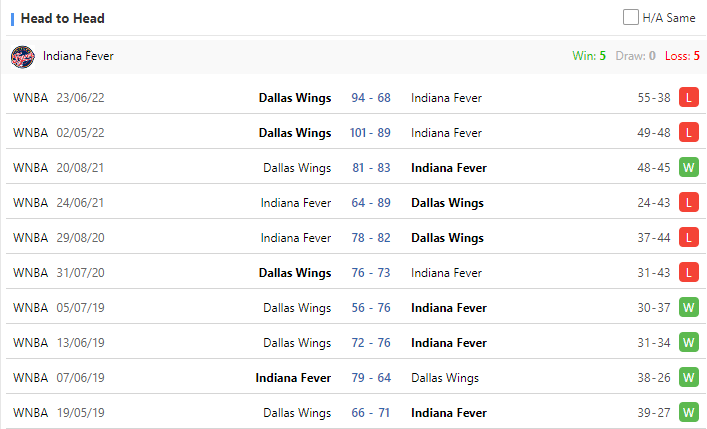 In their most recent game, the Dallas Wings faced up against the Chicago Sky and were defeated 89-83. Dallas made 4 of their 15 three-point attempts and finished with a field goal percentage of 51.5 percent (35 of 68). The Wings' percentage from the charity stripe was 100.0 percent as they made 9 out of 9 shots. One participant in this game who made an impact is Arike Ogunbowale. She managed to make 10 of her 21 shots for 28 points. She had 34 minutes of floor time and 5 rebounds.

The Wings aren't quite unbeatable, but they've displayed far more grit recently than the Fever. The Fever have not only dropped 11 straight games, but they are also failing to cover odds and frequently getting destroyed.