The fourteenth and the fourth of MLS Eastern Conference will have a game at Audi Field on Sunday.

They rank at the bottom of Eastern Conference. It is because they are weak in defence, with over 2 conceding goals on average of this season. Although they invite Wayne Rooney to take over the team, they are still in a poor state, which have not got victory under his management. 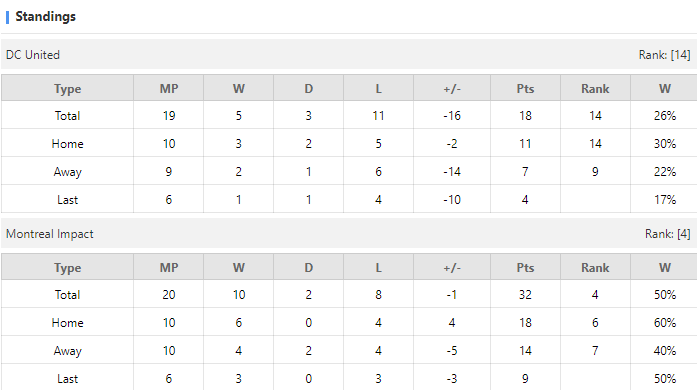 They are sitting in the fourth place at the table of Eastern Conference. If they keep up their chase, they will possibly come into the Playoff. They end their losing streak by a 1-0 home win from Toronto FC in the last game.

Football USA Major League Soccer Montreal Impact DC United
(Disclaimer：Any views or opinions presented are solely those of the author and do not necessarily represent those of NowGoal. We disclaim any responsibility and accepts no liability for any direct or indirect loss or damage arising from any inaccuracies.)