FC Cincinnati will play against Nashville at TQL Stadium this weekend.

The team doesn't have enough quality. They now only have seven victories, placing them seventh in the Eastern Conference standings. They are in bad condition because they haven't won in five games. 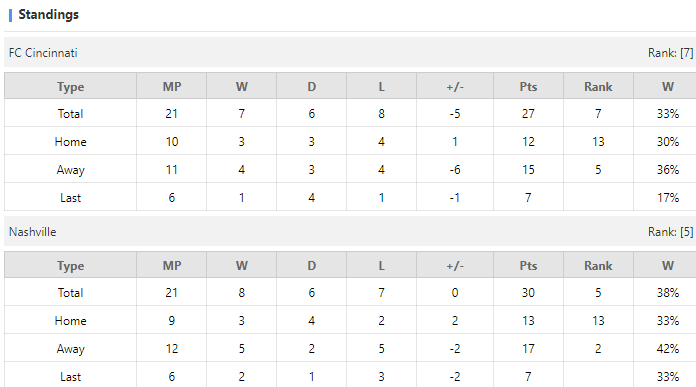 With a 42 percent away winning percentage, they perform well when they are the guest. After losing their most recent match, 1-2, to Los Angeles FC, they are hoping to get back on the winning track with the help of one of their best players, Hany Mukhtar, who has so far scored 12 goals this season.

Nashville got a winning streak from Cincinnati in their past head to head games, which makes them have the psychological advantage. It is believed that Nashville are going to win in the coming match.

Football USA Major League Soccer Nashville FC Cincinnati
(Disclaimer：Any views or opinions presented are solely those of the author and do not necessarily represent those of NowGoal. We disclaim any responsibility and accepts no liability for any direct or indirect loss or damage arising from any inaccuracies.)