Jordan didn't stop after their incredible comeback victory over Taiwan; instead, they pulled off an even larger upset in the quarterfinal. Iran, one of the top contenders for the championship, had the game under control, but when the game's final minutes arrived, their players could only watch Jordan's imports take over and earn a resounding 91:76 victory. 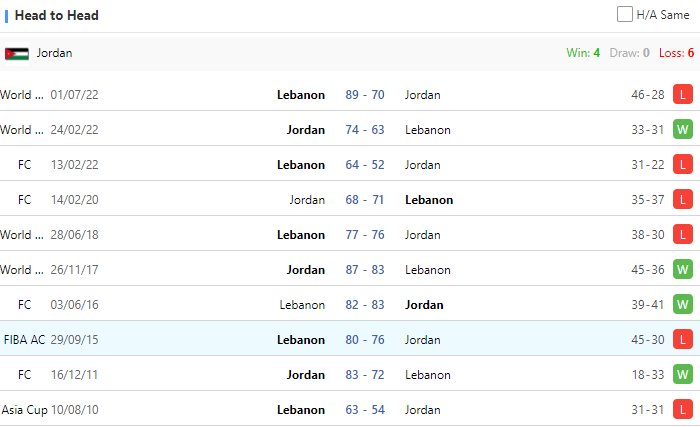 Lebanon secured a spot in the semi-final for defeating China by barely three points. China had been losing the entire game, but with only a few minutes left, they were able to make up ground and even take the lead. After taking control of the match, Lebanon were not going to back down and shown greater nerves in a tense finish.

In addition to Australia, Lebanon are thought to be the team with the best chance of winning the gold, and I think their long and strong rotation along with their tactical audacity should be sufficient to win and cover the spread.