The Las Vegas Aces defeated the Indiana Fever by a score of 90-77 the last time they met on a basketball court. For this game, the Aces managed to grab 43 rebounds in total—34 on defense and 9 on offense. A'ja Wilson made 10 out of 19 shots, or 52.6 percent, and pulled down a total of 8 rebounds. 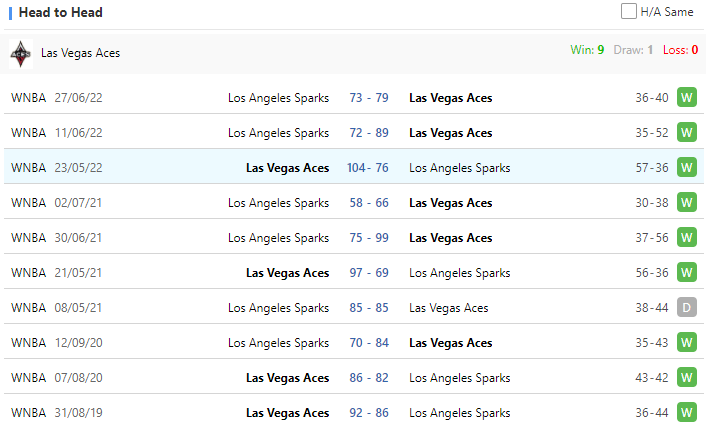 In their most recent game, the Los Angeles Sparks defeated the Atlanta Dream with a score of 85-78. Los Angeles finished the game making 53.1 percent of their field goals (34 of 64) and making 6 of its 11 three-point attempts. Nneka Ogwumike made 9 of her 11 shots for a total of 20 points. She participated for 31 minutes and grabbed 5 rebounds.