The New York Liberty met the Washington Mystics in their final game and lost with a total score of 78-69. For a total of 32 rebounds in this game, the Liberty were successful in grabbing 28 defensive rebounds and 4 offensive rebounds. Natasha Howard grabbed 10 rebounds and hit 7 out of 12 shots during the game, a field goal percentage of 58.3 percent. 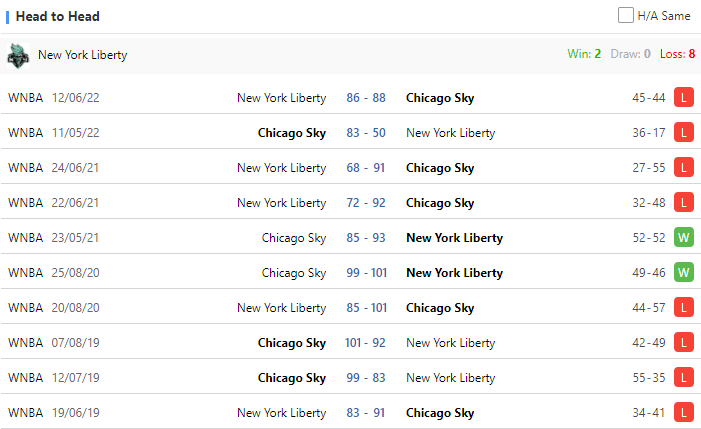 In their most recent game, the Chicago Sky faced up against the Seattle Storm, and they prevailed 78-74. Chicago finished the game with a field goal percentage of 48.5% (32 of 66), making 5 of their 21 three-point tries. Emma Meesseman scored 16 points overall on 7 of 12 shots. She played for 34 minutes while grabbing 10 rebounds.

Chicago Sky have been on a roll lately and will keep it up on Saturday. Expect Chicago to dominate this game from the first tip, resulting in an easy victory. Take Chicago to continue their winning run on Saturday afternoon in New York.