MLS is ongoing! Every club is putting in a attempt to make the playoffs as there are only several points among teams and one game can decide the outcome.

They are one of the MLS founding teams and won the championship for twice. Undoubtedly they are full of competitiveness. They are sixth at the table of the League. There is inadequate for the Playoff and they need to put more effort. 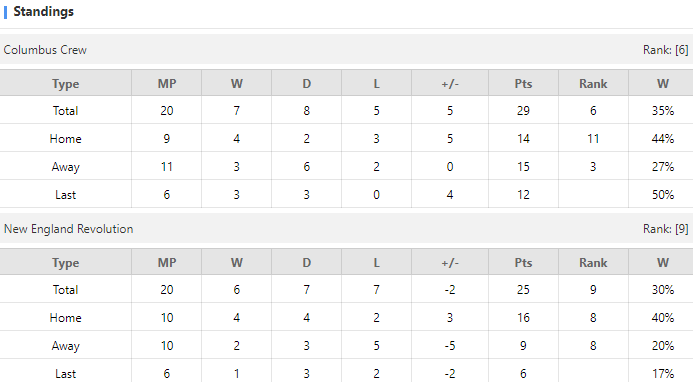 They put a lot of emphasis on scoring goals, averaging 1.6 per game this season, which leaves a weak defense, allowing 1.7 goals per game on average. They are in bad shape because they have lost their last two games and have gone four games without a victory.

No significant space separates the two sides. Additionally, all three of their previous head-to-head contests were draws. So the result of the upcoming fixture is expected to be a tie again.

Football USA Major League Soccer New England Revolution Columbus Crew
(Disclaimer：Any views or opinions presented are solely those of the author and do not necessarily represent those of NowGoal. We disclaim any responsibility and accepts no liability for any direct or indirect loss or damage arising from any inaccuracies.)