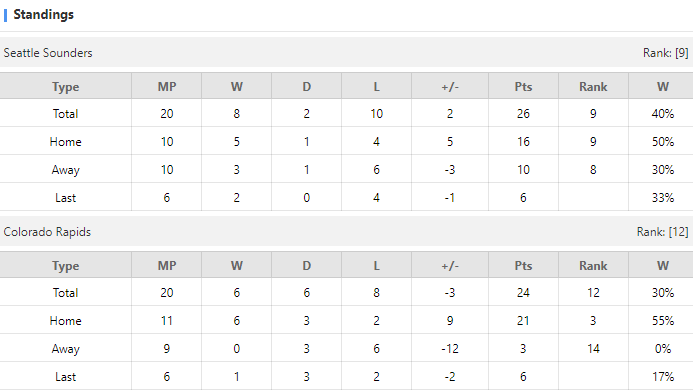 The stats don’t lie, and Colorado Rapids have been scored against in 5 of their last 6 games, seeing opposing sides hit 10 goals in all. Defensively, Colorado Rapids certainly have room for improvement. We will have to see if that trend can be sustained into this next match.

Our selection here is for a very close game with a 2-1 victory for Seattle Sounders FC by the time that the referee blows the final whistle. There looks to be little in this one.

Football USA Major League Soccer Colorado Rapids Seattle Sounders
(Disclaimer：Any views or opinions presented are solely those of the author and do not necessarily represent those of NowGoal. We disclaim any responsibility and accepts no liability for any direct or indirect loss or damage arising from any inaccuracies.)