Houston Dynamo are in action against Minnesota United in Sunday’s forthcoming MLS fixture. 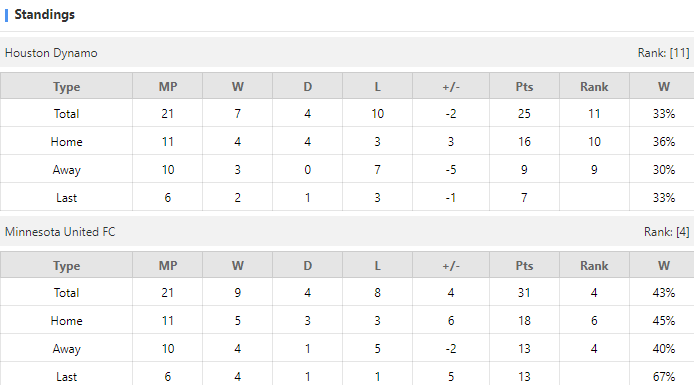 Minnesota United has been in perfect form lately. The 1x2 first odds is 2.25-3.40-3.10, seems lacked of confidence to the home team. Minnesota United should take points in this game.

Football USA Major League Soccer Minnesota United FC Houston Dynamo
(Disclaimer：Any views or opinions presented are solely those of the author and do not necessarily represent those of NowGoal. We disclaim any responsibility and accepts no liability for any direct or indirect loss or damage arising from any inaccuracies.)