On Saturday, Strandvallen will host a match between Mjallby and Degerfors.

They have a lot of promise as evidenced by recent results, which include a stalemate with IFK Goteborg and away victories against AIK Solna (0-1) and Hacken (1-2). They now hold the tenth spot in the League rankings without any pressure.

Instead, they are in bad shape because they haven't won in six games. They last triumphed in the middle of May. It comes as a result of their poor offensive performance, with 0.71 goals scored per game this season on average. 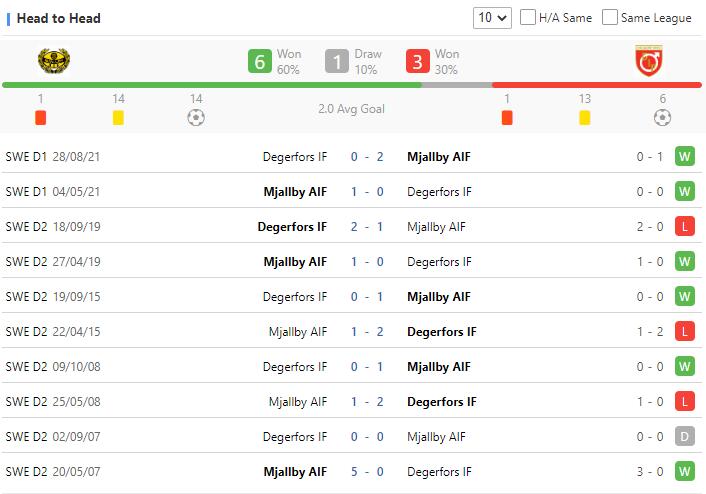 Mjallby take the upper hand over Degerfors in the past head to head games with 6W-1D-3L. Besides, Mjallby are in form while Degerfors are in poor condition. So Mjallby tend to win in the upcoming match.

Football Swedish Allsvenskan Degerfors IF Mjallby AIF
(Disclaimer：Any views or opinions presented are solely those of the author and do not necessarily represent those of NowGoal. We disclaim any responsibility and accepts no liability for any direct or indirect loss or damage arising from any inaccuracies.)

Lnn 331 Article
Hi. I am Lnn. My passion for football started when I watched a football game by chance. That made me a fan of The Red Devil. I am happy to write the things what I am interested in.
See More Article