Mazatlán and Atletico San Luis will meet in a match for the 4th round of the Liga MX.

Mazatlan FC is a team at bottom half of the table. They picked up 0 point in the first two rounds of this competition, till they drew Puebla in the last round. Nothing about this start to the season inspires confidence in the team. 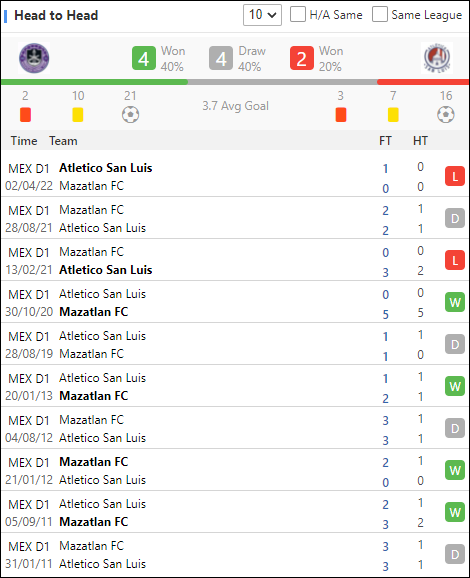 After losing to Monterrey with 0-1 in last home game, Atletico San Luis have claimed 1 win and 2 losses in this season. However, they conceded 1.5 goals in average on the road, being in limited away strength.