Heidenheimer beat Hansa Rostock 1-0 away in the first round and the team's morale and form were excellent. They finished sixth in the league last season, eight points off third place

Braunschweig hosted Hamburg SV in the last round and lost 2-0, which, given the huge difference in quality between the two sides, did not hurt their morale too much. As promoted horses, they are more relaxed. 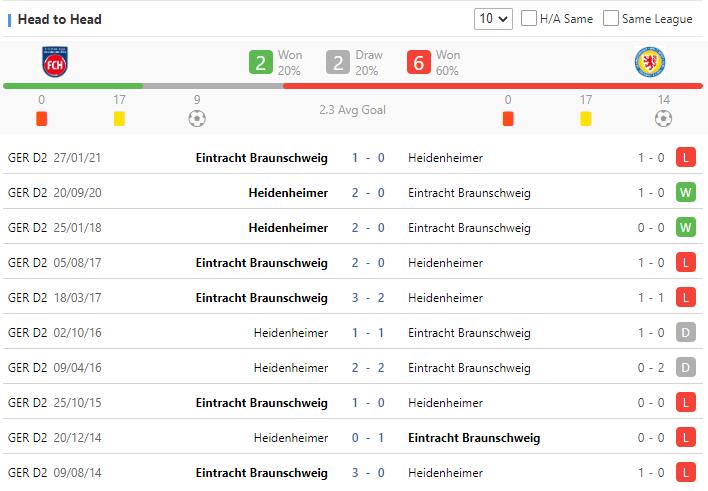 The strength gap between the two teams is large. The 1x2 first odds is 1.75-3.80-4.75, which means support the home team. Heidenheimer should win this game.

Football German Bundesliga 2 Eintracht Braunschweig Heidenheimer
(Disclaimer：Any views or opinions presented are solely those of the author and do not necessarily represent those of NowGoal. We disclaim any responsibility and accepts no liability for any direct or indirect loss or damage arising from any inaccuracies.)