The matchup between Korea and New Zealand will feature clear favorites, some extremely fascinating developments with their roster transpired.

During the group stage, Korea were playing at a very high level and defeated China, Taiwan, and Bahrain with ease and regularity. They were impressive, and because they were led by their normal domestic core and naturalized import center Ricardo Rattlife, many people began to believe they might compete for the gold. 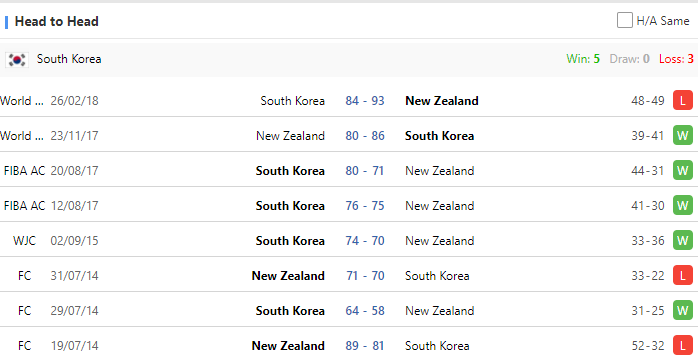 New Zealand kept moving forward following their rout of the undermanned foreigners Syria. They were able to rotate and rest their key players after going out to a big 20-point lead in the first quarter. New Zealand considered one of the favorites to win a medal in every Asia Cup, regardless of the team they bring. They should be able to take advantage of their experienced players.

There isn't much to consider here. We are betting on the New Zealand to cover the spread because of the absences Korea is experiencing, which have to clearly favor New Zealand.