Primera Division Liga MX round 4 will kick off on Thursday.

They perform poorly during these years. It's been ten years since they last won the championship. It is due to their weak offense, which scored 0.8 goals per game on average last season. This season, they are winless thus far.

Instead, they have played well in recent seasons and even won the 2020–21 season's first prize. They remain one of the favorites to win the championship thanks to their best scorer, Lucas Gabriel Di Yorio, who has four goals for the squad so far this season. 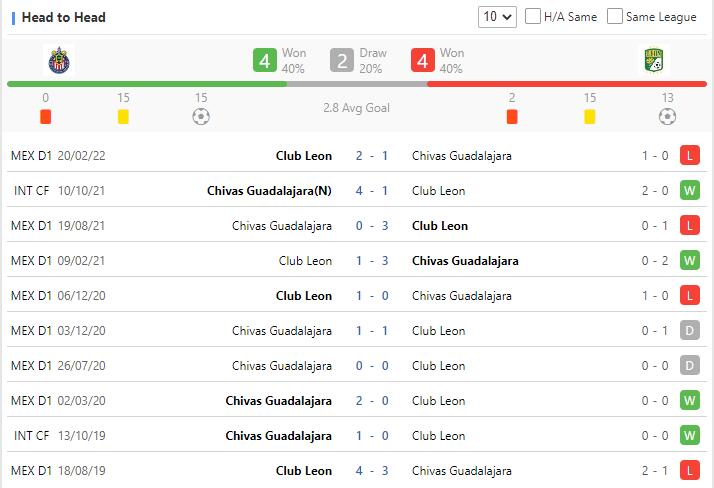 While Leon are on a roll, Chivas Guadalajara are in disarray. Additionally, Leon has the psychological edge because of their season-ending 2-1 victory over Chivas Guadalajara. In the upcoming game, the away team is therefore predicted to prevail.