Racing Club plays this match after a Superliga draw at 0-0 with Newell's Old Boys. 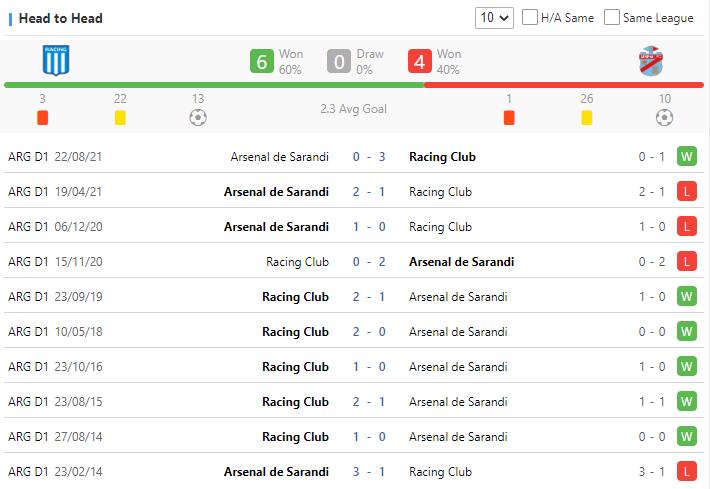 Racing Club take the upper hand over Arsenal de Sarandi in the past head to head games with 6W-4L. Besides, Racing Club have the home advantage. So the victory is tending to the host.

Football Argentine Division 1 Arsenal de Sarandi Racing Club
(Disclaimer：Any views or opinions presented are solely those of the author and do not necessarily represent those of NowGoal. We disclaim any responsibility and accepts no liability for any direct or indirect loss or damage arising from any inaccuracies.)

Lnn 336 Article
Hi. I am Lnn. My passion for football started when I watched a football game by chance. That made me a fan of The Red Devil. I am happy to write the things what I am interested in.
See More Article