When Real Salt Lake hosts Sporting Kansas City on Sunday, they will put their unbeaten record at Rio Tinto Stadium to the test.

Salt Lake were defeated 2-1 by Atlanta United midweek as a result of two defensive errors, and they subsequently fell to fourth position in the Western Conference standings. This squad has had a strong season thus far. After 20 games, they have 30 points, which is their best regular-season start since 2017. 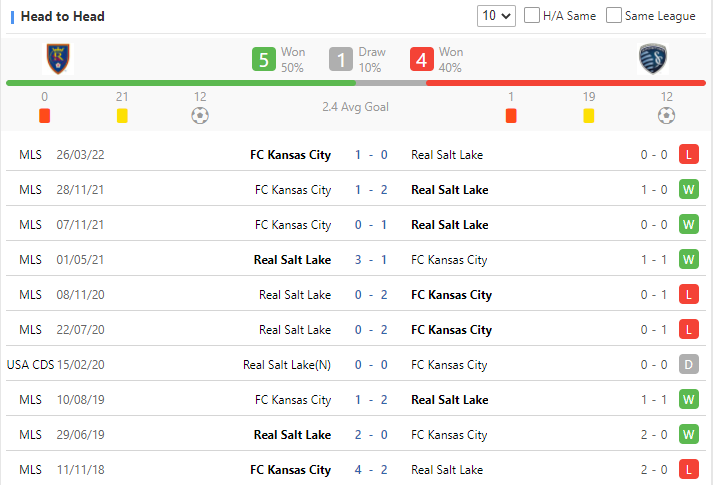 The new season for Kansas City has been disappointing. With 20 points, this typically reliable team is in last place in the Western Conference. Even while their recent play hasn't exactly been exemplary, they pick up four points in back-to-back road games, including their first comeback victory of the year last Saturday, 2-1 over CF Montreal.

RSL as a whole is more reliable in all areas of the game, and even though their backline will probably focus on Johnny Russell, they should be able to get through what has, for the most part, been a porous KC defense.

Football USA Major League Soccer FC Kansas City Real Salt Lake
(Disclaimer：Any views or opinions presented are solely those of the author and do not necessarily represent those of NowGoal. We disclaim any responsibility and accepts no liability for any direct or indirect loss or damage arising from any inaccuracies.)

Paul James 510 Article
Paul James is a soccer Expert, with his high accuracy predictions, he is often called as the Magic Man. He hopes to make the right picks for people with his knowledge. Believe it or not, it is always helpful to follow him.
See More Article