Belenenses will be at Parque Joaquim de Almeida Freitas on Monday for the Primeira Liga clash with home team Moreirense.

Moreirense
Moreirense, who have lost two games in a row and have just one point from their last three league games, are now two points behind the safety zone and will certainly be on their game. But they are 15th in the league with just nine points from nine home games. 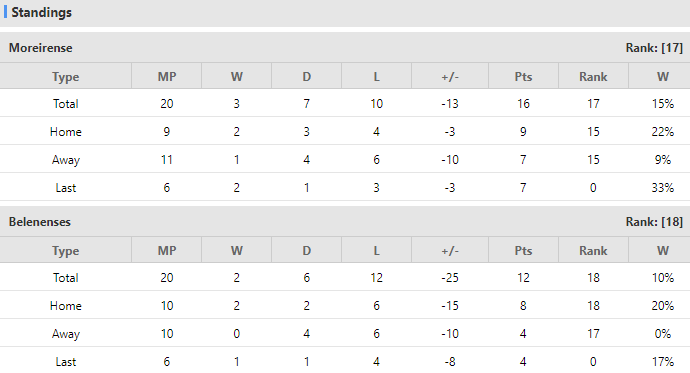 Belenenses
Belenenses have just one point from their last four league games and are in poor form. And they have conceded goals in their last 10 games, giving up 2.3 goals per game. They are also the only two teams in the league not to win away from home and were lacking in confidence.

Verdict:
Despite the poor form of both teams, Moreirense has lost just once in their last 10 games against Belenenses. The 1X2 first odds is 2.05-3.20-4.00, which means support the home team. Moreirense should win this game.

Football Portugal Primeira Liga Belenenses Moreirense
(Disclaimer：Any views or opinions presented are solely those of the author and do not necessarily represent those of NowGoal. We disclaim any responsibility and accepts no liability for any direct or indirect loss or damage arising from any inaccuracies.)