There will be a clash between Colorado Rapids and Los Angeles Galaxy at Dicks Sporting Goods Park on Sunday.

They won the previous season's championship. However, they don't play as well as they used to. They have won five games so far. They are also in a bad situation because they haven't won in six games.

They are also in a poor state, which have been winlss for two matches. Dejan Joveljic and Javier Hernandez Balcazar have helped them score 1.47 goals on average this season, demonstrating their strong offensive play. 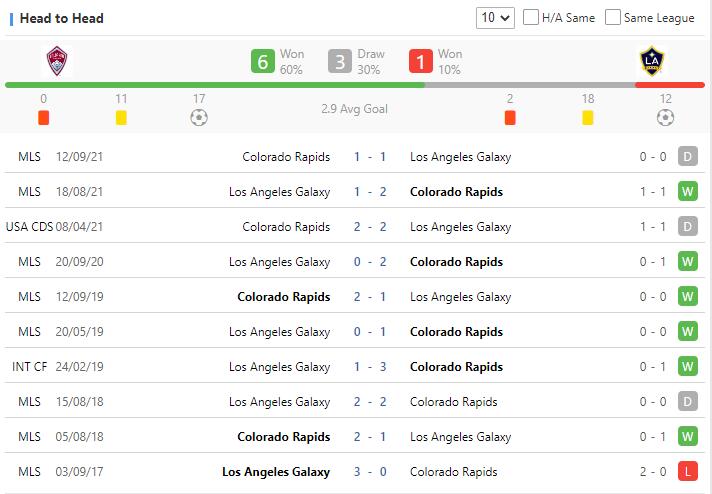 Both of them are not in good condition. The average goal of their past head to head games is 2.9. We anticipate that both team will score in the upcoming fixture and the total goals will be over 2.5.

Football USA Major League Soccer Los Angeles Galaxy Colorado Rapids
(Disclaimer：Any views or opinions presented are solely those of the author and do not necessarily represent those of NowGoal. We disclaim any responsibility and accepts no liability for any direct or indirect loss or damage arising from any inaccuracies.)