An eagerly anticipated MLS match between Dallas and Austin will take place at Toyota Stadium.

Dallas has recently struggled to reach their best form, losing their last six league games, but Sunday's matchup might be the turning point for the hosts. Arriola and Pomykal are vying for the starting spot, while Lucas Bartlett, a midfielder, is still sidelined with a rib ailment.

Austin, on the other hand, has been in excellent form lately and is aiming for their fifth straight league victory. Both Jhojan Valencia and Freddy Kleemann, who play for the visiting team, are injured and out of the game. 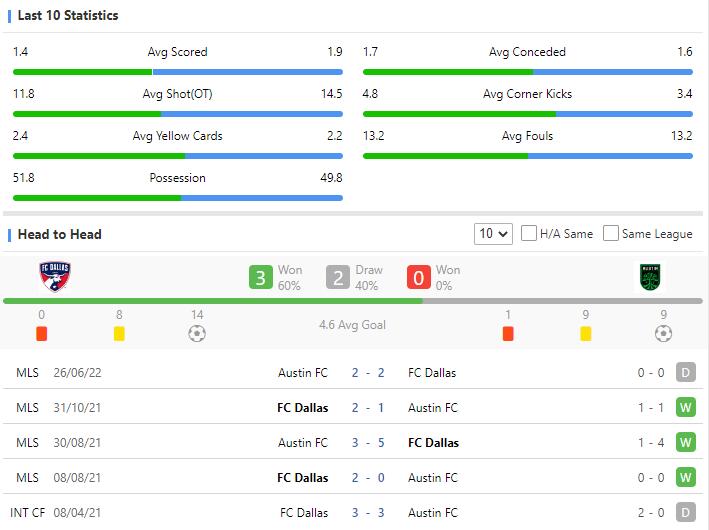 The average goal of their past head to head games is up to 4.6. The result of the upcoming game is expected to be high scoring as before.

Football USA Major League Soccer Austin FC FC Dallas
(Disclaimer：Any views or opinions presented are solely those of the author and do not necessarily represent those of NowGoal. We disclaim any responsibility and accepts no liability for any direct or indirect loss or damage arising from any inaccuracies.)

DaireA 139 Article
I worked as a sports journalist for two years. I am professional in writing previews and commentary under statistics through my work experience. It is my honour to share my views here.
See More Article