Seattle Sounders are coming to Soldier field for a game against Chicago Fire to give supporters another reason to celebrate.

We are certain that Chicago will take an offensive stance in the match on Sunday in an effort to get closer to a postseason berth. Jhon Duran, a budding star for Colombia, should be kept in check by Seattle's defense considering the 18-year-old scored twice in the most recent league game.

Speaking for the home team, Wyatt Omsberg and Chris Brady are both out due to injuries. The Sounders want to atone for consecutive losses to Portland Timbers and Nashville, and they also want to win. The only players missing from the away team should be the midfielders Obed Vargas and Joao Paulo. 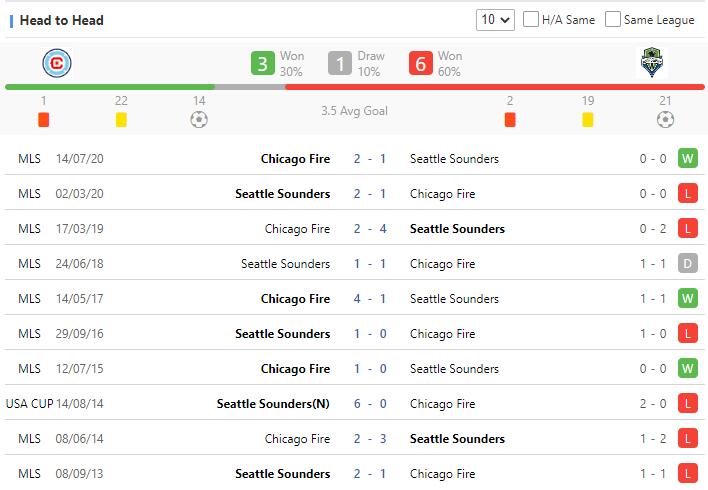 Their previous head-to-head matches had an average goal total of up to 3.5. We predict that both teams will score in the upcoming game, and there will be more than 2.5 goals overall.

Football USA Major League Soccer Seattle Sounders Chicago Fire
(Disclaimer：Any views or opinions presented are solely those of the author and do not necessarily represent those of NowGoal. We disclaim any responsibility and accepts no liability for any direct or indirect loss or damage arising from any inaccuracies.)