Minnesota United FC will fight against DC United for a MLS fixture on Sunday.

They are only two points behind second place in the Western Conference standings, where they are ranked sixth. They have a chance to enter the playoffs. Although they have been unbeaten for four games, they do not perform well as the host, having a 40% winning percentage.

With 5W-3D-10L this season, they have played miserably. They invite Wayne Rooney to take over the team, hoping for a better record. It is interesting to see whether it works because Derby County just degraded from EFL under his management. 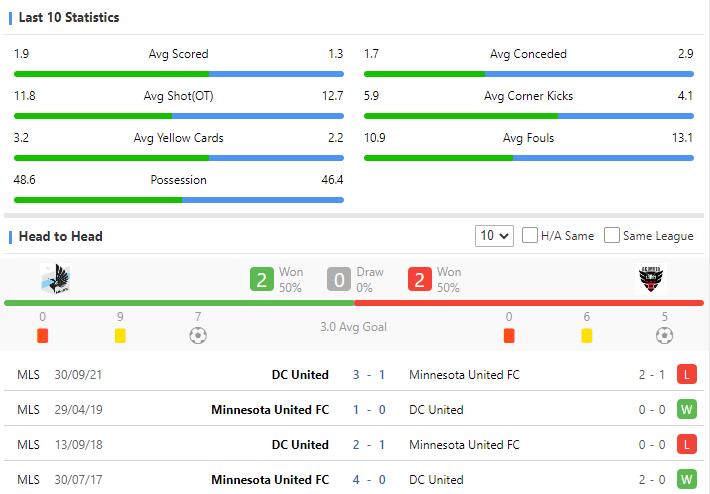 Minnesota are better than DC Utd at present. Besides, Minnesota have the home advantage. So Minnesota will probably win in the coming match.

Football USA Major League Soccer DC United Minnesota United FC
(Disclaimer：Any views or opinions presented are solely those of the author and do not necessarily represent those of NowGoal. We disclaim any responsibility and accepts no liability for any direct or indirect loss or damage arising from any inaccuracies.)