FC Juarez aims to get their second win in the face of Queretaro FC.

In the first round of the new season, FC Juarez got a 0-0 away draw against Chivas Guadalajara, followed by another 2-0 away win over Club Tijuana in the second leg. However, they failed to win any of their last 8 home games and lost 7, being in poor home forms. 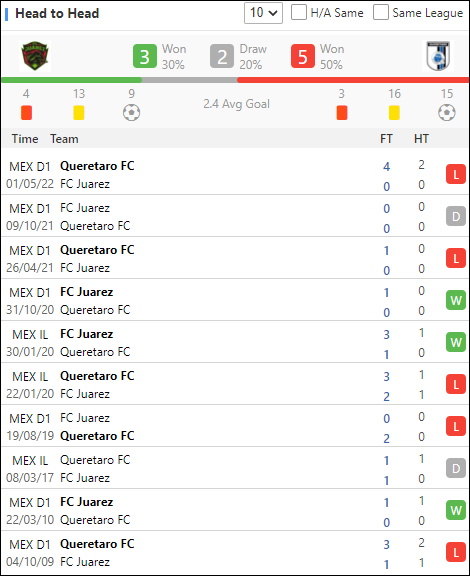 Queretaro FC lost to Necaxa with 2-1 in last home game, which has been their second loss since the new season. In these 2 rounds, they have conceded 4 goals totally. Although they could not win any of their last 10 away games, 7 of these games were ended with draws.

Queretaro FC have advantages in past head to head games against FC Juarez, and the odds of support FC Juarez are not enough. So I will predict Queretaro FC would take points.