Puebla have started their Apertura season in impressive form with two victories in their first two matches. In last round, they host Santos Laguna and won with 1-0, with 17 shots (7 on goal), 55% possession, a 73% pass completion rate. 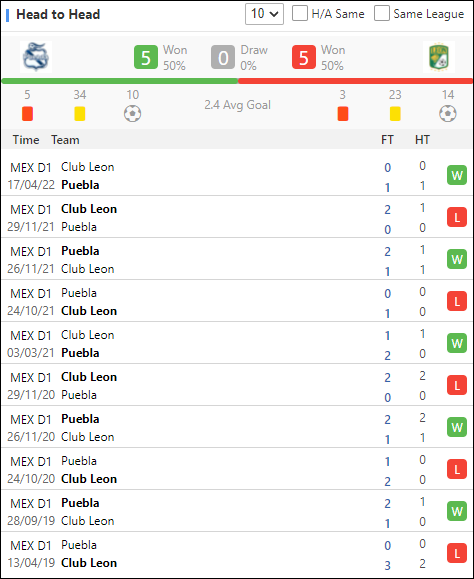 Club Leon had picked up 1 point in last round against Pumas U.N.A.M. with 10-men lineups. With fierce offense, the team have scored 5 goals totally since the new League.

Neither could take the upper hand in past 10 meetings. Puebla had only won 3 of their last 10 home games, while Club Leon is superior on attack but their defensive sides are riddled with mistakes. I won’t take a risk and only predict a game with plenty of goals.