Nurnberg
Nurnberg  in 7th place of serie a at present, the recent state situation is relatively stable, on a beat Dusseldorf is on the road, on the offensive end, has 10 games in a row has won goal, team scored up to 10 people, implements the scattershot rhythm, and the team home rob ability well, The game against Ingolstadt is naturally enough prepared. 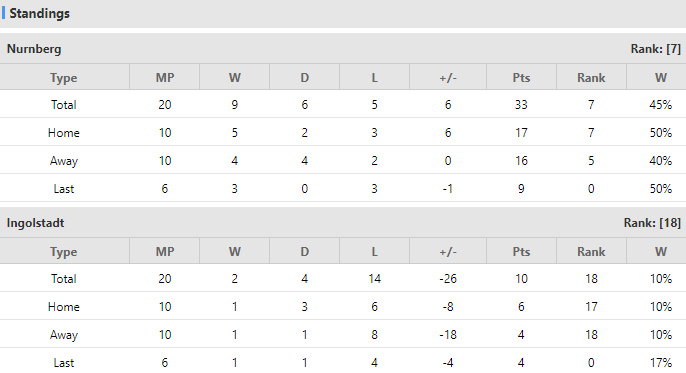 Ingolstadt
Ingolstadt has won only 2 games in 20 league matches, scored 15 goals and conceded 41 goals. The imbalance between attack and defense is serious, and they have lost two games in a row recently. The squad is not complete, with striker Kaya, who scored 3 goals earlier, most likely missing the match.

Verdict:
There is a big difference in recent form between the two teams. The 1X2 first odds is 1.73-3.75-4.50, which means support the home team. Nurnberg should win this game.

Football German Bundesliga 2 Ingolstadt Nurnberg
(Disclaimer：Any views or opinions presented are solely those of the author and do not necessarily represent those of NowGoal. We disclaim any responsibility and accepts no liability for any direct or indirect loss or damage arising from any inaccuracies.)