Belenenses
Belenenses go into this fixture following on from a 1-1 Primeira Liga draw against Marítimo. Belenenses haven’t made the most of their chances in more recent games. Their goals record stands at just 4 against opposing sides during the course of their previous six matches. In those games, Belenenses have also seen the tally of goals scored against them come to 10. In any event, we’ll just have to find out whether that pattern might be sustained here in this match or not. 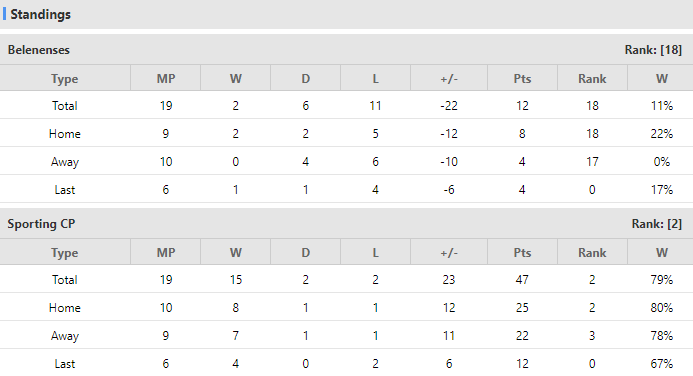 Sporting CP
Since a losing effort in their last game against Braga in Primeira Liga competition, Sporting Lisbon and their fans will hope to get a better result this time. Indicating their predisposition for productive encounters, goals have been seen as many as 20 times in the last six games in which Sporting Lisbon have taken to the field, yielding an average of 3.33 goals for each clash. Opposition teams have managed 7 of those goals.

Verdict:
We’re of the opinion that Belenenses have it within them to put one past this Sporting Lisbon lineup, but one goal probably won’t be enough. We’re therefore expecting a 1-2 winning margin for Sporting Lisbon at the end of this one. It’s a very tough call.

Football Portugal Primeira Liga Sporting CP Belenenses
(Disclaimer：Any views or opinions presented are solely those of the author and do not necessarily represent those of NowGoal. We disclaim any responsibility and accepts no liability for any direct or indirect loss or damage arising from any inaccuracies.)